Brokrete is a real-time storefront marketplace for the concrete industry.

The company was founded by Quebec-native Jordan Latourelle, and is currently active in Toronto, Ottawa, Vancouver and Houston. With Brokrete, suppliers and partners can build their own centralized delivery platform and contractors can better manage their concrete and construction commodities orders.

Founder Latourelle is a third-generation concrete professional, and while he always had a passion for programming, he wasn’t able to combine the two sectors until the idea for Brokrete was born.

Where L-SPARK came in

Originally from Gatineau, Quebec, Latourelle had not started his professional career surrounded by the same funding and networking opportunities that are commonplace in the bigger tech hubs.

“However, while I was in the Cilex program for startups at the University of Quebec, I got introduced to Marco Janeczek, a (now former) director at L-SPARK,” said Latourelle.

After pitching Brokrete to L-SPARK, the company was accepted into the startup accelerator program. Latourelle hoped to gain visibility and boost his chances of attracting strategic investment to help him build and scale his company, while also building his own credibility as a founder in the tech space. Latourelle had found that coming from a non-technical background meant he had to work harder to gain the same legitimacy in the eyes of fellow startups and investors, so he was eager to build out his own credentials and showcase his talents. Without this credibility and visibility, the growth of Brokrete was severely limited.

“L-SPARK changed everything,” said Latourelle. “They proved not only to be a catalyst for the growth of Brokrete, but for my own personal growth too.”

“L-SPARK opened the right doors at the right time,” he continued. One of these doors led to investor Ronald Richardson, who Latourelle was introduced to during the six-month program. While Latourelle was also introduced to other potential investors, he was able to choose the right one for Brokrete, based on who would play a strategic role in the company’s growth. “We decided to go with Richardson as he’s hands-on, and can bring strategic value as well as technical know-how,” explained Latourelle.

Richardson then introduced Latourelle to CEO of AngelList Venture, Avlok Kohli, who also decided to invest in Brokrete. While Richardson brought vital insights from the Ottawa tech scene, Kohli was able to provide expertise and experience from the birthplace of tech: Silicon Valley.

Latourelle also received mentorship from L-SPARK Director Mike Laginski, who proved to be invaluable in helping him build on his own experience and gain new expertise. From working with Laginski during the program, Latourelle gained a newfound appreciation for the level of depth and attention to detail it takes to build a solid strategy. “Working with Mike was like getting dropped on by knowledge and experience bombs, all the time,” said Latourelle. “I realized I was doing things on a surface level. I had no idea how technical and strategic we had to go to develop a solid growth strategy to be successful. Mike was instrumental in all aspects of our company and in my own personal growth as an entrepreneur. ”

Before starting with L-SPARK in 2018, Brokrete had an MVP and was making around $75,000 in revenue per year. Since then, the company has grown at more than 500% year over year. Brokrete raised $1.15 million in its pre-seed round and is now expecting to raise another $3 million in its current seed round. The team has grown from one person to 14. Latourelle expects this number to be 22 by the end of the year.

Latourelle’s most important takeaway from Brokrete’s experience with L-SPARK is that as a startup founder, no matter how sophisticated your product is, you cannot lose sight of customer acquisition, retention, and ultimately, growth. Furthermore, Latourelle learned that in order to thrive, you have to pay attention to the details and specifics, along with the core metrics and basic principles of the foundations of your business. This is where the competitive edge lies.

“To this day, L-SPARK continues to provide professional and personal value to me and Brokrete, thanks to relationships we have developed,” said Latourelle. “L-SPARK played an integral role in the growth of Brokrete, and for that, I will always be grateful.” 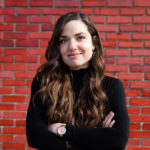 Natasha is passionate about community building and supporting initiatives that encourage connection + innovation. She’s an Ottawa University + Algonquin College alumni and has a background in communications, marketing, and events. Follow Natasha on Twitter: @NatashaTardioli

Since 2014, our founder-first philosophy has allowed us to accelerate startups across a range of verticals, connecting them…
Learn More
Jul 07 2022

The intersection of society & tech: Collision 2022

The L-SPARK team was out in full force at this year’s Collision Conference where over 35,000 founders, investors,…
Learn More
Jun 22 2022

Alongside our partners at Calian® Group, L-SPARK celebrated the FIRST cohort of our Calian L-SPARK MedTech Accelerator on June 15.
Learn More