Laying the foundation for greatness: the pitch decks that started it all

The power of a great pitch is far reaching – it is not only crucial for selling your brand, it fuels investor dollars, which is the lifeblood of your startup’s success.

To deliver a solid pitch, you must be convincing, compelling, practical, and self assured. Piece of cake, right?

If we break it down to its core purpose, a great pitch is simply the gateway to securing funds for your startup or convincing the world that your idea is awesome. Approach it like a business plan. By allowing it to reflect your strategic plan, assuming your strategy is constantly evolving, you can ensure that your pitch comes across as original and in-line with current market trends.

Yet, as simple as we put it, it doesn’t erase the fact that startup founders feel a ton of pressure to craft the perfect pitch. But here’s the thing: all startups have this in common.

So, what better way to put things into perspective than by taking a step back in time to when some of the most successful brands were in your startup shoes? We hope these original pitch decks inspire you to keep evolving your own and remember that your beginning should not be compared to another company’s end — we all have to start somewhere.

Eager to present an alternative to hotels or couchsurfing, Airbnb is an online marketplace that connects travelers with hosts who want to list their unique spaces around the world.

Airbnb streamlines the process of listing or booking a space by handling the booking and payment all in their platform. With 4,500,000 listings in over 65,000 cities in 191 countries.. You can find unique places to crash virtually anywhere.

The Airbnb team started out in 2008 raising a $150,000 seed round at a $1.5 million valuation; giving investors a 10% stake in a company that is now worth $25 billion. Despite numerous rejection letters (most of whom are now kicking themselves for missing out), which have since been shared by CEO, Brian Chesky, the team landed a $20,000 investment led by Y Combinator.

BuzzFeed is the world’s leading independent digital media company, which leverages data and innovation to reach hundreds of millions of people globally.

Since its inception, BuzzFeed has quickly become the world’s go to for news and entertainment. Remember the Yanny vs. Laurel fiasco? Yeah, they started that.

After its Series A, BuzzFeed raised a total of $496.3M in VC funding over 7 rounds, making it clear that BuzzFeed’s profound social presence is worthy of a substantial valuation.

Dropbox provides secure file sharing, collaboration and storage solutions. Dropbox has over 500 million registered users from around the world.

Dropbox’s funding history is a bit outside the norm. Dropbox had early support from Sequoia, who led their first two of four new financing rounds and took a 25% stake in the company. However, since Sequoia bought into Dropbox at a significantly reduced price than later lead investors, it found itself in a less than ideal position and couldn’t aggressively invest in later rounds to maintain its ownership position.

Why couldn’t Sequoia invest aggressively? Well, Dropbox’s model proved to be a great one and it grew so rapidly that it was able to skip traditional growth rounds and catapult forward to 2011 when it was worth $4 billion.

Facebook is the hub for social networking and connection. Millions of people use Facebook everyday to share photos, events, news, and updates with friends and family.

Since its inception, Facebook has raised a total of $2.3B in funding over 15 rounds. In their May 2012 IPO, their stock opened at $38.00… the company’s all time high net worth reached $627.97B in July 2018. Just after it reached that high, Facebook dropped roughly 20%, losing about $120 billion in market cap. Since then, the company has looked for ways to diversify its presence in the marketplace and has seen an uptick in success.

Foursquare is a mobile app that provides its users with personalized recommendations for places to go based on their current location, browsing history, and previous check-ins. Even cooler? You’re able to see where your friends are; over 13 billion people around the world contribute to Foursquare’s map.

Intercom is an app that provides their users an innovative way to communicate with their customers in a personalized way, at scale. The platform enables teams to cater communication on their website, mobile applications, and by email to each visitor.

Imagine being able to chat with potential customers with targeted email and in app messages. You can get feedback too. It’s awesome.

Intercom’s most recent Series D funding brings the startup’s valuation to $1.275 billion. Prior to that, the company has raised a total of $240.8M over 7 rounds.

Linkedin is a professional networking site that provides its members the opportunity to connect with like minded individuals, make business connections, search for jobs, win clients. In a nutshell, with Linkedin you can build and engage with your professional network.

Mixpanel is a robust analytics platform that helps businesses understand how their users interact with their products. They do this by tracking the actions people take within an application.

Mixpanel has raised a total of $77M in funding over 5 rounds. Their latest funding was raised during a Series B round in Dec 2014.

Moz allows businesses to track all of their inbound marketing efforts in one place from search marketing to social media, to mentions. With Moz you can track the success of each of these different channels using data visualizations. As an added bonus, Moz offers actionable recommendations on how you can improve each channel. Even better? You can check on your competitors’ data.

It’s safe to say we’ve all used, or at least heard of, the app that took the cab industry by storm. Uber’s ride sharing mobile application has made the lives of millions easier and offered invaluable convenience.

Surprisingly, this value has not always been recognized.

Many investors actually missed out on Uber’s early rounds because they didn’t “get it.” Take Mark Cuban, for example. Cuban passed on investing in Uber, as did Gary Vaynerchuk, who passed TWICE on the angel round.

YouTube is a video-sharing website, meaning users can upload, view, and share videos from all over the world. Currently, there are 1,300,000,000 people who use YouTube. Even more unfathomable? 300 hours of video are uploaded to YouTube every minute, with 5 billion videos watched every single day.

Not surprisingly, YouTube was acquired by Google in October 2006 for $1.7B, and, up until then raised a total of $11.5M in funding over 2 rounds.

Working on your pitch?

Is your pitch something that could use some work? Need some feedback or help making it the best it can be? We’re here to help. Stay tuned for details about an exciting new program we have on the go! 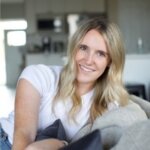 International Women’s Week 2021 has officially begun! Each year this week grows + becomes more powerful, all thanks to the…
Learn More
Feb 26 2021

With International Women’s Week just a few days away, we put a list together of must-follow female leaders.
Learn More
Feb 17 2021

What your web presence says to investors

As a startup founder, you will quickly find yourself in the endless cycle of chasing cash; you need…
Learn More