Back to basics: the fundamental metrics for a SaaS business

I sometimes hear people debate the meaning of basic concepts like monthly recurring revenue, churn rate or conversion rate. As far as I am concerned, there is no debate. Concepts like these have very clear meanings — particularly for software-as-a-service (SaaS) companies.

I want to review and explain five fundamental metrics we use at Klipfolio to understand how we are doing – and they can be applied to any SaaS business.

Let’s start by limiting ourselves and focus only on growth as opposed to efficiency. By doing this, there are really only two fundamental values we need to know.

The first is the number of accounts; the second is recurring revenue. Together, these figures tell us how many customers we have and how much they pay us on a recurring basis. These two bits of information are the fundamental building blocks necessary to understand how a growth-oriented company like ours is doing. You should know these numbers in your sleep.

The number of accounts is straightforward: It’s the number of customers you have — the sum of existing accounts and accounts gained, minus cancellations.

Recurring revenue is the money generated on a regular basis by the customers who have signed up for your service. It’s usually reported as either monthly recurring revenue (MRR) or annual recurring revenue (ARR). I’ve found the SaaS or startup community talks in MRR, while the financial world leans towards ARR, which can be easier to associate with annual revenue numbers.

There are only four things that can happen to your recurring revenue: you get new MRR from brand new accounts; existing accounts upgrade and pay you more MRR; they downgrade and pay you less; or they cancel altogether.

Both of these basic building blocks — accounts and recurring revenue — can be looked at over time (for example, we added 10 new accounts today but lost two for a total increase of eight), or in their totality, as in ‘We have a total of 5,000 accounts as of today.’

Now that these two basic values are locked in stone, we can move on to understanding how the business is growing.

We’ve identified three metrics that are crucial to understanding what’s happening with our accounts and recurring revenue:

Recurring revenue growth rate measures velocity, by taking the net increase in the amount of money we take in from subscriptions each month/year (New + Upgrades — Downgrades — Cancellations) and dividing this by your total recurring revenue at the beginning of the month or year. This tells us how quickly we are growing and what kind of a growth curve we’re on.

The bigger you get, the harder it is to grow (doubling $50K MRR is very different from doubling $500K MRR). I’ve heard it said that a company’s recurring revenue growth rate should go like this over its first five years of operation: Triple, triple, triple; double, double. (Sounds like an order at Tim Hortons…)

According to MetricHQ, the average annual MRR growth rate across companies from a 2019 survey is 52%. By comparison, the median ARR growth rate is 41% for companies with an ARR between $2.5 and 10-million.

Churn rate is the rate at which you lose customers. A subscription service can lose customers very easily, and it can be bad news if you lose even a small number of customers regularly. With a monthly account churn rate as low as 4%, you’ve lost half your business within a year.

This is one of those metrics that will catch up with you as your base grows and can, in the worst of cases, mean that you’re losing more customers than you are able to win.

Churn rate needs to be calculated both for accounts and for recurring revenue. And by the way, churn rate is often also expressed as retention rate — which is simply how many customers you retain versus how many you lose.

The final metric is net recurring revenue retention (usually just called net revenue retention or dollar revenue retention). It’s a bit more complex, but basically it’s a way to measure whether your base revenue is growing. Again, we measure it over a time period — a month or a year — and it is the total change in recurring revenue from your existing customers with upgrades, downgrades and cancellations factored in. The best-in-class companies have a model where upgrades from existing customers outpaces downgrades and cancellations. Do that, and growth will be much easier.

In the Metric Stack newsletter, we take a deep dive into revenue retention as the secret ingredient to growth. You can read more about NRR and why it is named the top SaaS metric of 2021.

The SaaS model is relatively new, so it’s perhaps understandable that many people don’t easily grasp how it works. We’re not like a clothing store that sells you a sweater and may never see you again; we’re more like a newspaper that sells you a renewable subscription. We want to retain customers, and grow our base. And the fundamental metrics explain how we keep track of how we’re doing.

To learn more about the fundamental metrics we track at Klipfolio, and to explore the metrics that matter most to you, check out MetricHQ, our online resource for metrics and KPIs.

Allan Wille is a co-founder of Klipfolio, and its president and CEO. He’s also a designer, a cyclist, a father and a resolute optimist 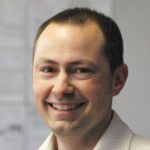 New year, fresh start: why the January reset isn't all bad when it comes to business

Okay so you know the drill, January is almost here and with it comes the fascination for a…
Learn More
Nov 25 2021