Where Canada's SaaS Community Gathers for Insights, Opinions and More.

A behind the scenes look on how investment decisions are really made with Matt Roberts, Partner at ScaleUP Ventures 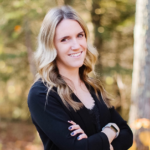 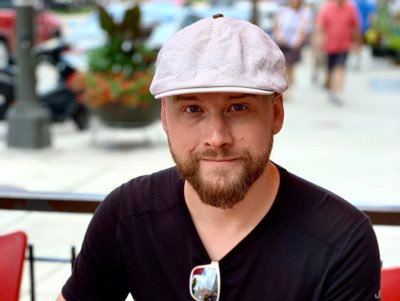 We sat down with Matt Roberts, Partner at ScaleUP Ventures, to chat with him about the keys to successful VC meetings. Matt breaks down some important considerations for founders and the scoop on how investment decisions are really made.


He compared the perceived complexity to a CD player; you click the button and it works. Seemingly magic, but really the opposite – once you know how it works, it’s not so magical anymore. It only appears that way because you don’t understand it at the time.

The same is true of the VC world. What may seem like magic, or rocket science, really isn’t. And once you understand a bit more about what goes on in the mind of a VC, you can walk into your investment meetings with more confidence.

The foundation for any investment relationship is trust.

This one is simple: don’t lie, fib, or cheat. VCs will find out.

The whole point of due diligence is to gauge a founder’s willingness to be honest about their mistakes and to build trust. Although the VC is in regular contact with a founder, the finances are typically checked every 6 weeks, which means they rely on them providing the results transparently and lies are only caught at the end of a quarter.

Although trust is fundamental, it is something that takes time to earn. I was curious about what the first things are that he notices about a team of founders, even before the trust element comes into play.

VCs are watching the way you interact with your team.

His response? You can really get a sense of what a person is like based on how they treat their team.

Typically founders enter a room of strangers and are super respectful of the new people they meet; but it is how they treat the people they are comfortable with that shows their true colours.

Oftentimes things fall apart when a team is trying to explain a complicated problem or concept. All team members are eager to jump in to help, leading to a situation where people step over one another to sound like the expert.

This being said, it’s not wrong to chime in, it’s all in your approach. How you insert yourself in a conversation that you have been watching, says a lot about who you are. These types of things are a lot like dating, you need to put your best foot forward.

I went on to ask how VCs vet businesses; what I didn’t realize was that the term “vet” means something very different to a VC; as Matt says, they live in a narrow world. When VCs are vetting a company, it means completing tasks such as revenue verification or a criminal background check; which happens towards the end of the due diligence process.

They look for a disconnect between your team and your customers.

When it comes to due diligence, Matt’s team has a very customer-centric approach (ScaleUP Ventures only invests in startups that are post revenue).

The team verifies a founder’s thesis around their customers. The first step in this process is to conduct mock customer demos with the ScaleUP team. The next step is to talk directly with real customers. This is done by articulating to the customer the thesis that has been presented to discover its legitimacy, allowing easy identification of whether there is a disconnect between the team and the customer.

For example, if the salesperson says that a customer is using the product one way, and the customer is carrying out a completely different function with the product, there is a disconnect. You want a company whose founder or salespeople sell the product the way it is supposed to be sold and intended to be used.

This disconnect can also occur with marketing, product management, and virtually every department in an organization. Bottom line, if your customers aren’t aligned with the direction the product is going in then that disconnect is an early indication of a bigger issue.

According to Matt, his team sees this disconnect 75% of the time. He says that it typically happens after the hand off from founder to professionally hired salesperson.

When an entrepreneur starts out, they are the ones who are selling the product and are the most passionate about the problem it aims to solve. Then they start to grow and the hand off happens. Typically, the hired professional is not as passionate about the issue as the founder and will aim to sell for the mere purpose of generating revenue, whatever that may look like.

This is where things typically fall apart in the due diligence process.What used to be 4th or 5th on the list of things to do in this process has now been bumped to the top of the list. The feedback that can be provided to founders through this customer discovery process can be a game changer.

Which leads us to Matt’s Employee #8 Principal.

When asked about whether revenue has been a misleading indicator of an investment, Matt explains that although there are dollar amounts associated with typical investments – it is around a company’s 8th that they are at the inflection point of their business, which is the sweet spot for many VCs.

Employee #8 shows that the founder is self aware of there being a gap and a need for new direction.

Successful companies go through a professionalization moment, and, Matt has found there is a general trend in Canadian tech in which this happens around the same time employee #8 is hired. It is around #8 that founders notice a gap between where they are and where they need to be. After this realization, it is that extra person who fills the gap and ultimately takes the company to the next level.

Harley was employee number 11 at Shopify.

This self awareness, and willingness to implement change is also an indication of coachability. Coachability is imperative when working with founders; you want to know that the founder is open to taking advice when it’s needed and willing to change when it’s an imperative. Uncoachable founders usually think they know it all and can, at times, act reckless as a result.

In order to determine whether a founder is coachable, Matt typically challenges the fundamental tenets of a founder’s thesis. By doing this, he can gauge behaviour by how a founder responds to someone asking questions they should have the answers to.

Additionally, he watches intently how the founders treat his team, especially junior members, which paints a clear picture of how it would be to work with them.

What many founders don’t understand is the integral role that an analyst plays in the decision making process. Although only Partners have the authority to say “yes” to an investment, it is the analyst that can say no; their role is to discover all the reasons why the firm should or shouldn’t take a chance on you.

Matt says he would be happy to work for any of the companies he has invested in. They check all the boxes: good leaders, good culture, and they make money, which by virtue of working for them, would make him money.

I then asked Matt just how much of his decisions are based on the numbers his analyst digs up and how much are based on gut feeling. His answer: 80/20.

Using your gut means taking your experiences and using them to fill in the gaps in a founder’s story. A gut feeling is great but as you get more experienced, you learn how to do the work to fill these gaps.

As he has gotten older, he uses less gut. As a generalization, a lot of younger VCs will make decisions more quickly because they use their gut. This is great, but at a certain level, VCs will need to justify these decisions to third parties – doing after-the-fact justifications can be dangerous as it is swayed to prove your gut was right.

To cap off our interview I asked a couple more questions to extract some tactical advice for how founders should approach VC meetings. When asked whether he prefers an initial meeting to be a casual conversation versus a presentation, he said it’s 50/50.

If your audience is one that has very limited knowledge of what you do, arriving to the meeting equipped with slides is a smart idea. This doesn’t mean they expect you to stand up in front of a screen and deliver a formal presentation, but you can use your slides as a guide to keep everyone on track. Highlighting your main discussion points in your slide deck gives the VCs info they can chew on.

When entering a VC meeting, it is important to make your intentions very clear up front. Matt describes countless times where founders come in playing coy, pretending that they don’t want money, but in reality are there with the sole purpose of raising money. VCs will take you at face value. If you tell them you don’t want money, they will believe you.

Communicating your intent is as easy as including a slide at the end of your presentation with your intent statement. Or alternatively, if you aren’t using slides, just talk about it! What are you hoping to get out of the relationship and what are the next steps? Define them now.

A VC should be able to tell you right out of the gate if your company fits within their investment thesis and whether next steps will and should be taken. There are some rare times that a company may straddle the line that stretches the idea of what the thesis should be, in which case, they may need to take time to mull things over. Matt says he rarely makes decisions on the fly and typically takes at least 24h to reflect on a meeting before implementing any next steps.

What are your burning questions around preparing to raise or navigating the VC world? We’d love to blog about them! Have a question? Send it our way: stef@l-spark.com 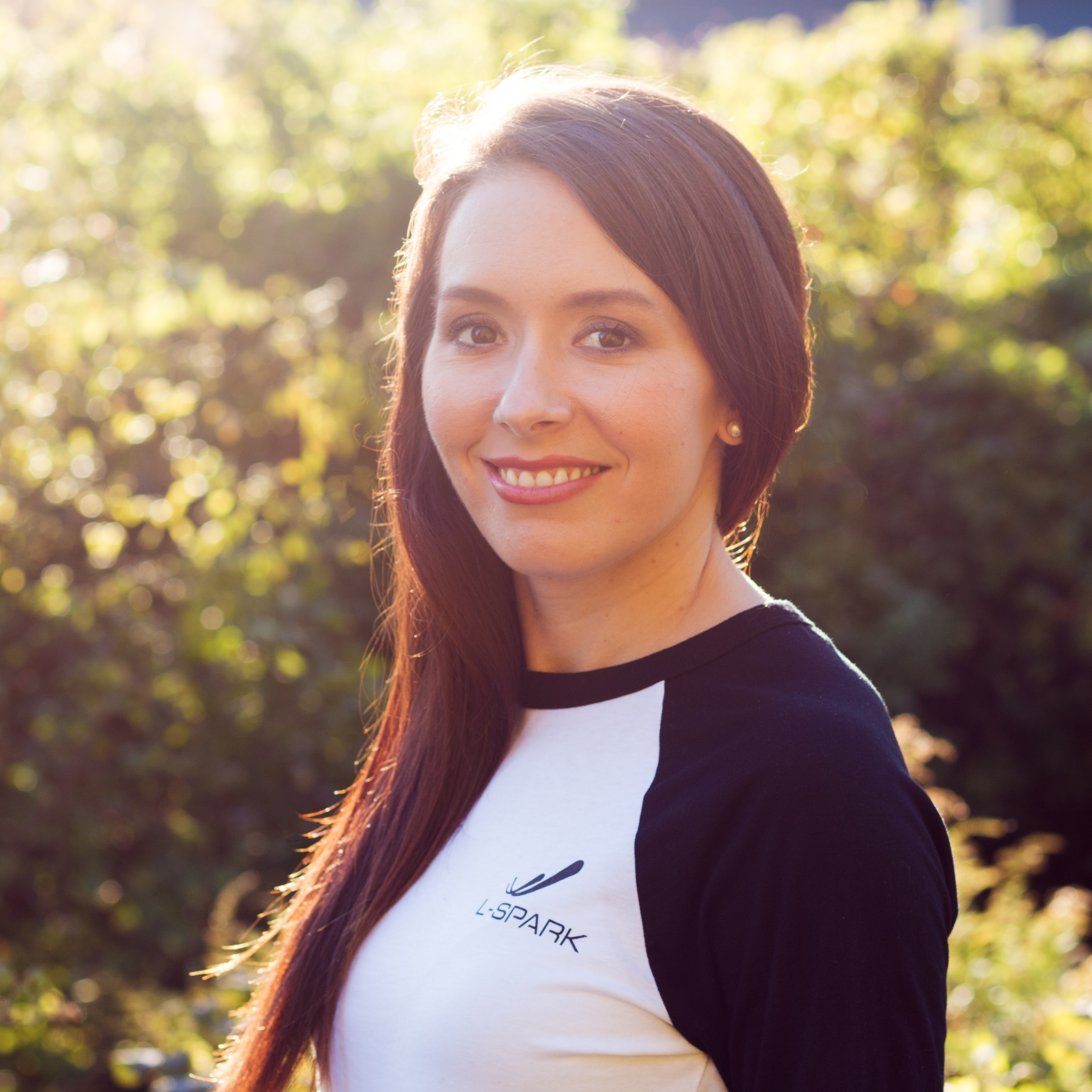 If you'd like to contribute a piece of content to Voice of the North or you'd like to get in touch to discuss editorial options, please send an e-mail to L-SPARK's Director of Marketing, Erin Blaskie. 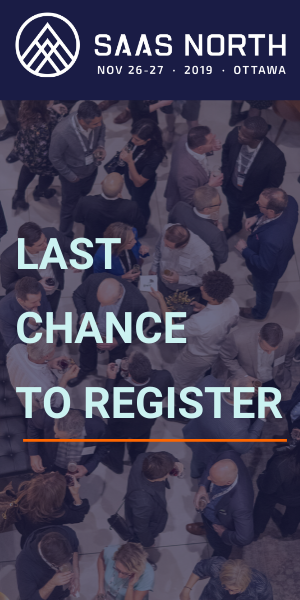 Lessons Learned with Nan Hao, CEO of Guiker: The unconventional road to fundraising

What Taylor Swift Can Teach Us About Nostalgia Marketing

I agree
Return to top